At E3, all games, no Kinect for Microsoft 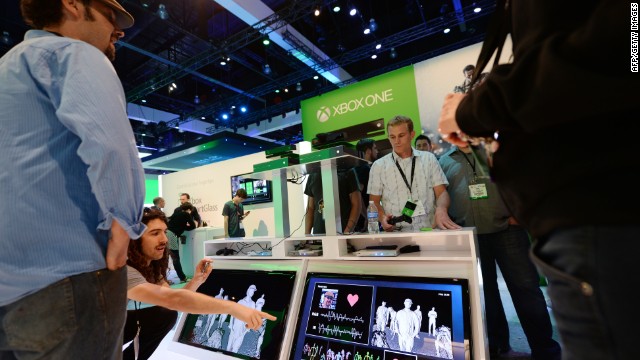 (CNN) — Microsoft kept its eyes forward and revealed what is coming for the Xbox One this year and next at its 2014 Electronic Entertainment Expo briefing in Los Angeles, California. However, it is what they didn’t talk about that might be more interesting.

Phil Spencer, head of the Xbox division at the Redmond, Washington, company hosted nearly 90 minutes of gameplay demonstrations, cinematic trailers, and the company’s vision for its home entertainment console.

But unlike last year, when the company rolled out its Xbox One console heavily touting its connection to Kinect, the troubled hands-free controller only got one brief mention during a segment on independent development.

There also were no mentions of other forms of entertainment on the console in the software-focused presentation.

Microsoft originally bundled the Xbox One and the Kinect system together — saying it was the best way to enjoy entertainment on the console. Recently, they said they were heeding customer feedback when the company released an Xbox One without the Kinect at a cheaper price.

“It is a risky game they are playing,” Freundorfer said. “Game makers now have to make the decision whether to make games with the Kinect.”

Earlier this month, 45 new entertainment apps were made available, offering more content choices through the Xbox One. But that was all absent from Monday’s event.

Even more peculiar, Spencer mentioned Sony and Nintendo by name and offered praise to those companies for joining Microsoft in shaping the future of entertainment the best way they know how — through gaming.

He said the entire briefing would be about gaming and promised a slate of titles for this year, plus a strong look at next year and beyond.

The greatest reaction came when Master Chief, the iconic character from the “Halo” franchise, appeared on the screen. “Halo 5: Guardians” is expected to be a personal journey for Chief.

The creators at 343 Industries wanted players to remember where Chief came from, so this fall, “Halo: Master Chief Collection” will contain all four previous games, completely unlocked and playable in a seamless sequence up to the beginning of “Halo 5.”

There is also content coming to mark the 10th anniversary of “Halo 2.”

Other third-party titles showed off what’s to come this year on the Xbox One. “Call of Duty: Advanced Warfare,” “Assassin’s Creed Unity,” and “Disney Fantasia: Music Evolved,” are part of the strong slate of games that will be available by the end of the year.

Looking to 2015 and beyond, a world-premier video showed the next chapter for protagonist Lara Croft with “Lara Croft: Rise of the Tomb Raider.”

Independent game makers were also highlighted by the computing giant. Hundreds of new games are expected as more creative talent takes advantage of [email protected], a publishing platform for independent developers. The program offers indie companies the chance to build, hone, develop, and self-publish games on the Xbox One.

“We are ready to invest to bring new creators to the Xbox One,” Spencer said, adding the investment will “shape the future of the New Xbox.”

It wasn’t quite the buzz of last year’s presentation of a new console. But Monday’s showcase perhaps signaled a renewed focus for Microsoft on what makes gamers happy: games.