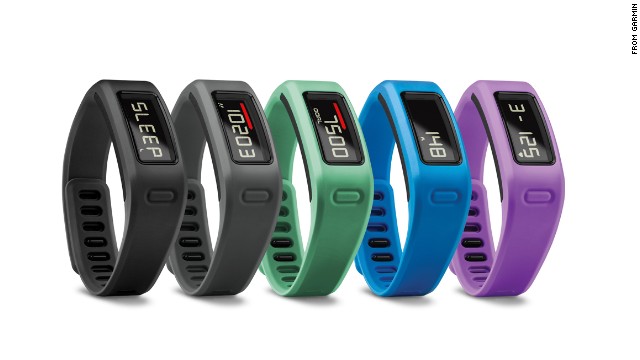 With all the fitness bands on the market, from FitBit to Nike Fuel, Garmin’s entry sometimes gets lost in the shuffle. The VivoFit ($129) is waterproof and has a helpful (or really annoying) “time to move” bar that beeps when you’ve been still for too long. 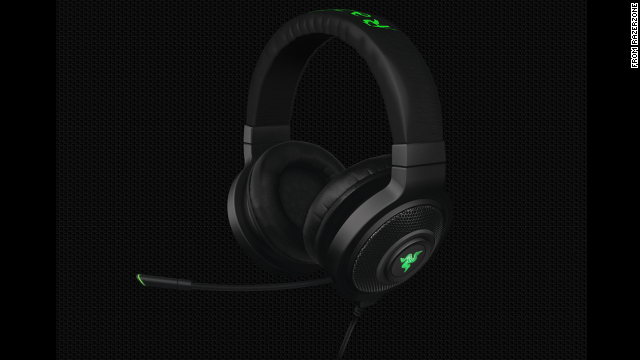 Great for a dad who loves online gaming or who just needs a quality set of headphones and a solid microphone. The microphone on the Kraken headset ($99) is retractable and can be flipped into an earpiece when not in use. 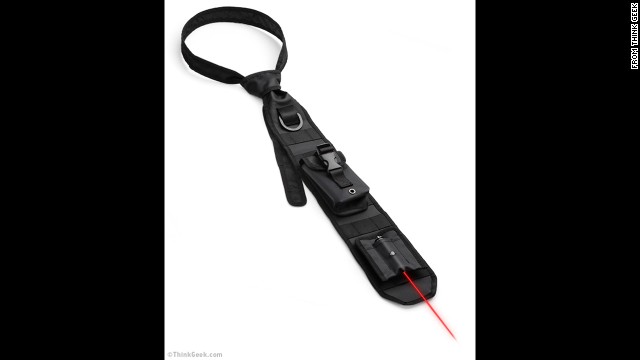 Leave it to the folks at ThinkGeek to make the most cliched Father’s Day gift in history more geeky. With a Class II laser pointer, this tie ($29) makes the most boring presentation feel like a “Star Wars” Jedi fight. 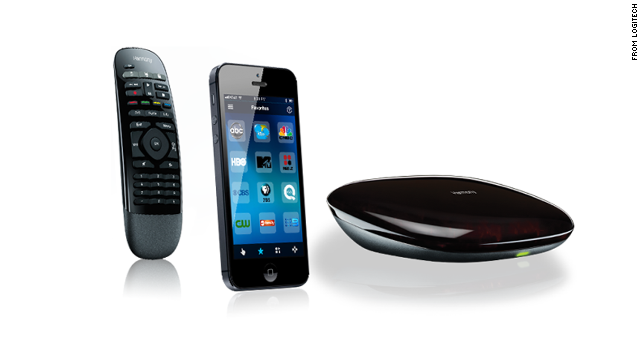 “Where’s the remote? No, not this one. The other one.” If dad’s ever said that, a universal remote is the answer. Lots of reviewers like this one from Logitech ($129), which works with your Android or Apple phone. It lets you control up to eight devices, including gaming consoles. 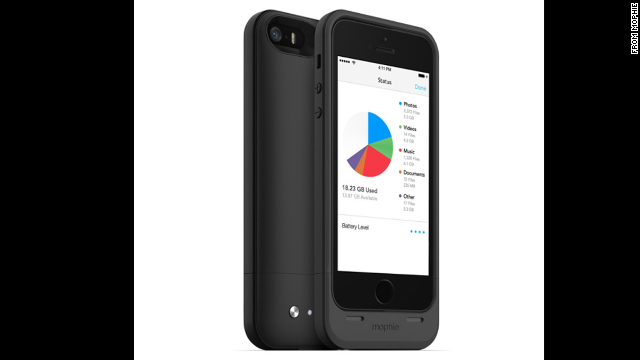 The Mophie Space Pack ($149) is three phone helpers in one. Made for the iPhone 5 and 5S, it serves as a protective case and a charger, as well as providing up to 32GB of additional storage space. 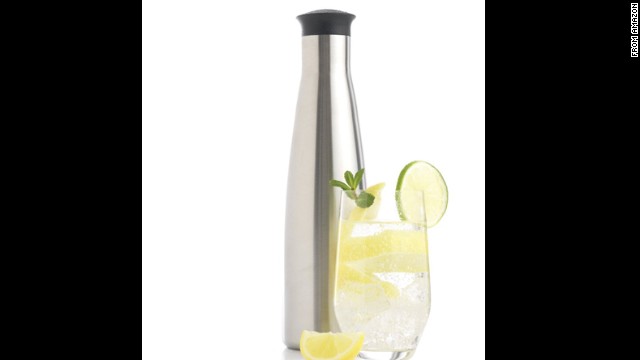 Sure, dad considers himself a grill master. But can he make his own soda to go with the grub? The Purefizz ($79) is well-reviewed, portable and lets you make soda or seltzers for half the price of canned drinks. 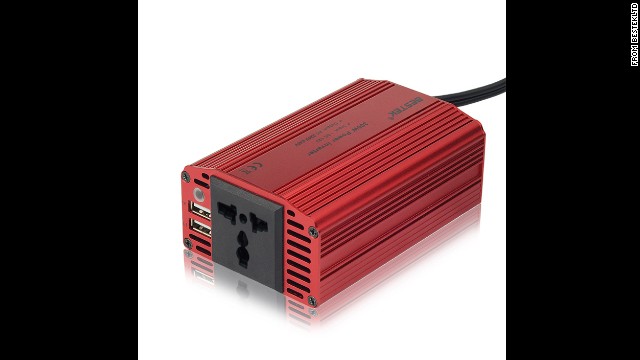 This one is great for dads who like both camping trips and “Candy Crush.” There are more powerful inverters for bigger gadgets, but this one ($21) lets you use your car battery to quickly charge a smartphone, tablet or e-reader. 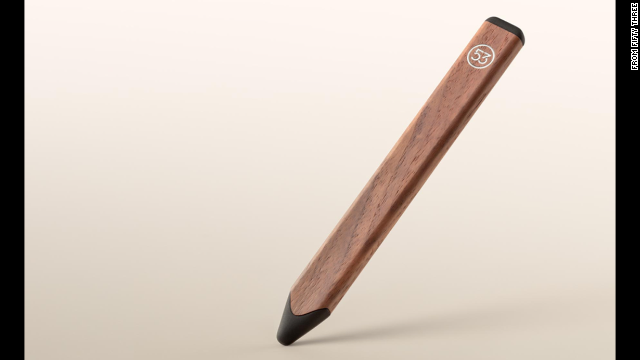 This gadget is great for anyone who uses his tablet for drawing or taking notes. The FiftyThree Pencil ($74) works with the Paper app to let you sketch, erase and edit in multiple colors. It’s made of sustainably harvested wood and, even when turned off, is handy for precision touchscreen tapping. 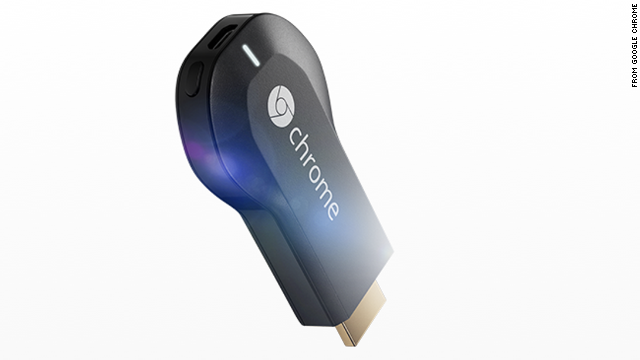 There are fancier Web streaming devices out there, from the Roku to TiVo’s Roamio to your gaming console. But if dad doesn’t have a way to stream Netflix or YouTube to his TV, you can’t go wrong with Google’s Chromecast for just $35. 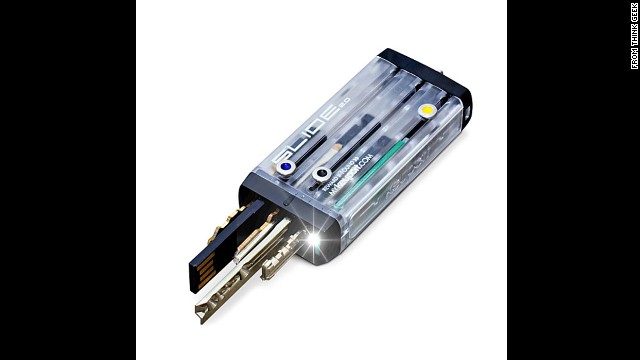 Sort of a Swiss Army knife for keys, the Keyport Slide is about the size of a matchbox when closed, but can hold up to six keys or similarly sized tools. The models from ThinkGeek ($59-79) come loaded with a flash drive, bottle opener and minilight.

(CNN) — At this point, dad’s already got his smartphone, a tablet and a couple of laptops, if you include the chunky old one collecting dust in the closet.

He’s decided whether he’s a PlayStation, Xbox or Wii guy — or maybe he has all three — and can argue Kindle vs. Nook with the best of them.

So, with Father’s Day coming up on Sunday, what do you do for the tech-savvy dad in your life?

Even if he’s got all the basics covered, there are still plenty of gadgets out there that will make your favorite father smile.

Those smartphones need to be protected and made pretty, right? Gaming rigs need peripherals. And who doesn’t need a gadget to fiddle with while they’re charging their other gadgets?

And, yes, if you absolutely must buy dad a tie for Father’s Day, we’ve included one of those as well.

We hope you’ll find something on this list that he might enjoy. Happy shopping, and if you have any gadget gift ideas of your own, share with us in the comments.

How oceans can solve our freshwater crisis

SERAP, Others Sue Gbajabiamila, Reps Over Plans To Buy 400…